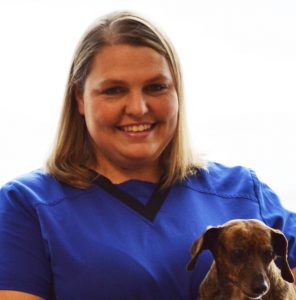 Dr. Rebecca Barnhart is a 2011 graduate from Texas A&M University College of Veterinary Medicine. Dr. Barnhart also holds a Master’s degree Equine Reproduction from the Animal Science Department at Texas A&M. She obtained her Bachelor’s degree in Biology and Associate’s degree in horse training from the University of Findlay, Findlay OH. After graduating she practiced in an emergency heavy mixed animal clinic in Argyle, TX and then family guided her to Abilene, TX. After practicing small animal medicine for 7 years in Abilene, she is excited to be working with horses and continuing her work with small animals.

Dr. Barnhart believes that client education is our greatest asset in patient care. Explaining things to you allows for you to make educated decisions and for us to care for your pet to best of our abilities. She treats pets as if they are part of her family and recommends care that she would pursue for her furry family.

Dr. Barnhart and her husband (Dr. Kotzur) were classmates in veterinary school and they have been married since 2012. They have three young boys – Ethan, Paxton, and Logan- that keep them busy all the time. Their furry/feathered family includes 6 dachshunds, 2 cats, 6 horses, 1 donkey and a flock of chickens. In her spare time Dr. Barnhart enjoys baking and decorating cakes and cookies for special occasions, spending quality time as a family and going to/coaching her kids sporting events. 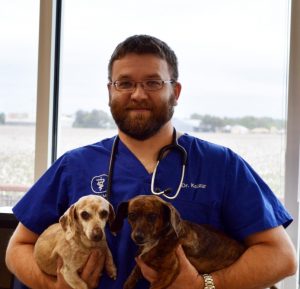 Dr. Kotzur is a 2011 graduate of the Texas A&M University College of Veterinary Medicine and a 2006 Graduate of Texas A&M University with a B.S. degree in Biomedical Science. His small animal interests include dentistry and wound care. His food animal interests include preventative care and reproduction. He believes that communication and client education are the basis of excellent veterinary care. Dr. Kotzur grew up on a farm in McCook, TX until the age of 6 when his family moved to McAllen, Tx where he lived until leaving for college. Unlike most Veterinarians who decide they want to pursue this path at an early age, it wasn’t until high school that he developed this drive while working with his FFA show projects. He is excited to be back in a mixed animal practice setting and working with the animals and clients that started him on this pathway. Dr. Kotzur and his wife (Dr. Barnhart) have 3 wonderful, active sons. Their menagerie includes a small army of (6) dachshunds, 5 horses, 1 mini horse, 1 mini donkey, 2 barn cats and chickens. In his free time he enjoys spending time with his family, playing video games, and playing disc golf. 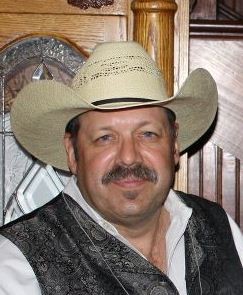 In 1984 he helped start & manage the former Granada Corporation’s Equine Services Division. In 1988, he transferred to their Bovine Embryo Transfer Division and managed their main production lab and helped to develop & commercialize IVF technology in cattle. In 1992, he was hired by Trans Ova Genetics in Sioux Center, Iowa, to start their IVF service division.

In 1994, Brad began his PhD with Dr. Jim Kinder at the University of Nebraska-Lincoln. His research focus was endocrine regulation of reproductive hormones in beef cattle. In 1997, he went to Rockhampton, Queensland, Australia to pursue post-doctoral research at the former Tropical Beef Centre with Dr. Michael D’Occhio.

Upon returning to the USA in 1998, he was hired as General Manager of Stroud Veterinary Embryo Services in Weatherford, TX, under the direction of Dr. Brad Stroud. 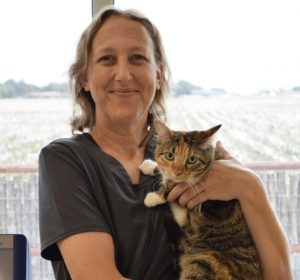 Wendy is our skilled and compassionate Licensed Veterinary Technician. Wendy is homegrown right here in Sweetwater. Wendy attended Midland College and after graduation in 2000 she moved to Abilene to work in a mixed animal practice for 6 years. While in Abilene, Wendy met her husband, Del, and son, Jesse. Shortly after getting married, Wendy found an opportunity to work at a Zoo in Fort Drum, NY where her husband was stationed for the Army. She was dedicated to her position and was promoted to head of the Education Department and helped organize and put on several fundraisers for the zoo as well. Wendy was also in charge of the husbandry and care of several different animals at the zoo. Wendy started work with us at Edu-Vet in July of 2019. Wendy’s love and compassion for animals shine through when she is able to educate and share her knowledge with our clients and students.

Wendy finds happiness in helping others. She is an avid volunteer for the community. She has held the position of Advancement Chairperson while her son was in Boy Scouts, and has been an active member of the Sweetwater Community Band playing the flute, Friends of the VFW, Sweetwater Jaycees and Sweetwater Roosters.

Wendy’s family has had many different types of animals as pets. From as small as tarantulas to as big as horses through the years. Wendy currently has 2 furry family members Tessa, a Blue Heeler/Lab mix, and MJ, a beautiful short hair feline. I am committed to helping owners understand options in caring for their pet.

Dr. John Dedwylder graduated from Texas A&M School of Veterinary Medicine in 1987. He strongly believes that an informed pet owner will be better able to provide for their pets. Therefore, he is committed to helping owners understand options in caring for their pet, such as customized vaccination protocols, medical treatments, and diets. Since starting his own practice in 1990, he has practiced progressive small animal medicine and surgery. John has been married to his wife Michal for over 30 years. They have a daughter Katie who is married to Cy and a new grandson, Crue. We also have an “adopted” Latvian daughter, Katrina. Included in his family are two Chihuahuas, Lucy and Zoey, a Heeler mix named Gunner, and a Lewellen setter Belle, who recently took second at national field trial puppy competition and a longhorn steer named Buckwheat. Dr. Dedwylder has been hunting in Shackelford county since 1990. He and his family have owned property south of Albany since 2006. They moved to Albany in 2014 and are active members at Matthews Memorial Presbyterian Church. His interests include wildlife conservation, native Texas landscaping, with a special interest in wild turkey, quail and whitetail deer habitats. 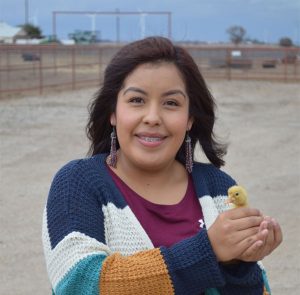 We thank you both so much for all your hard work and heart you invested in Edu-Vet.
Y’all will always hold a special place in our hearts.