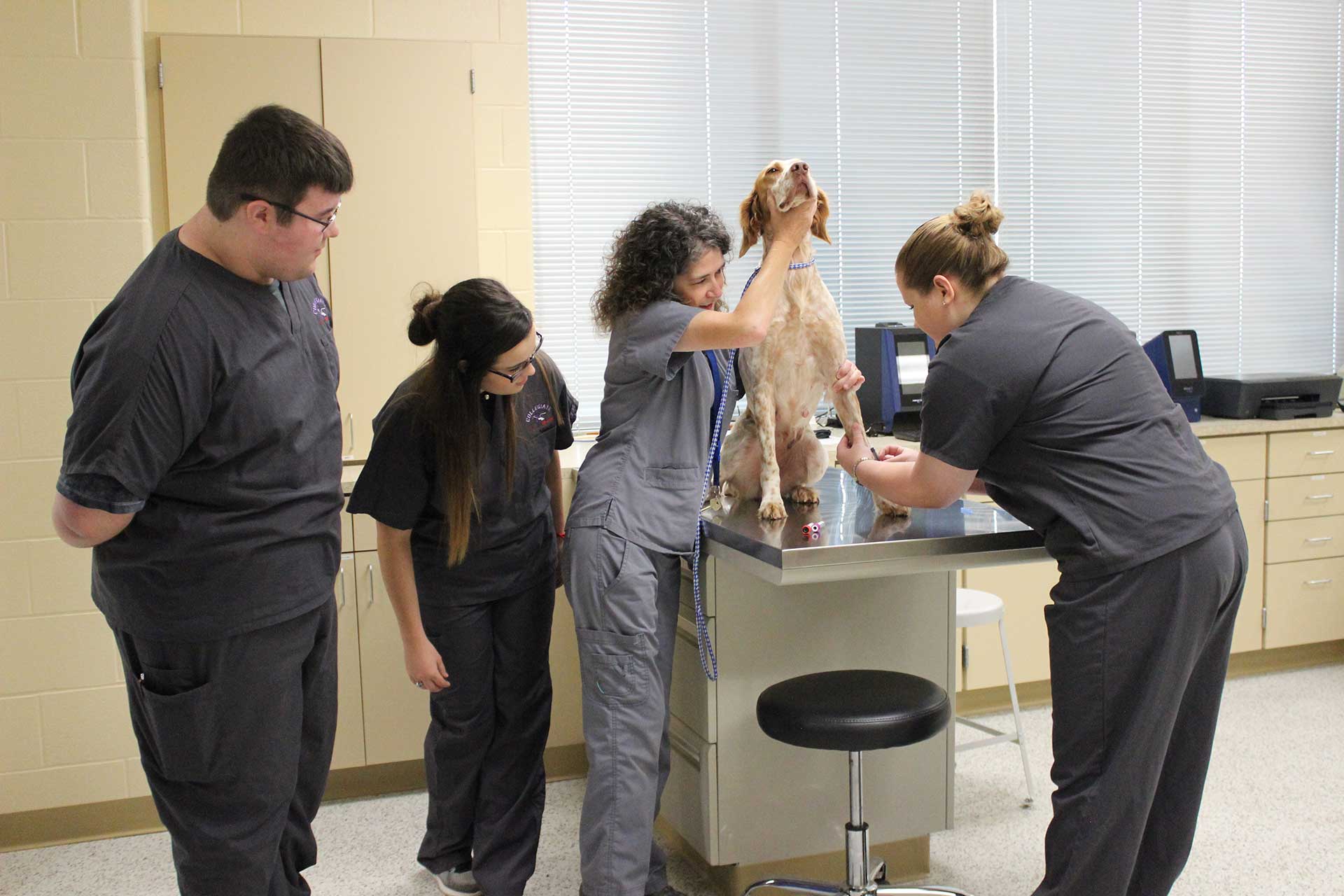 Located near Sweetwater, TX and serving the Northwestern counties of the Big Country, Edu-Vet Pet Hospital at Roscoe is a full service veterinary clinic staffed by experienced veterinarians and veterinary assistants.

We strive to offer the highest quality of medicine and surgery with professionalism, compassion and an emphasis on client education. We understand that each individual pet owner has unique needs and concerns. Our practice will work to meet individual needs and concerns with respect and excellence.

We are pleased to be a part of changing education in a meaningful way for the next generation. We invite you to schedule an appointment at our clinic near Sweetwater, Texas.

Sweetwater received a U.S. post office in 1879. The Texas and Pacific Railway started service in 1881, with the first train arriving on March 12 of that year, beginning Sweetwater’s long history as a railroad town. To encourage the railroads, Sweetwater increased its water supply by building a small town lake in 1898, and three larger lakes thereafter. Construction began on the Kansas City, Mexico and Orient Railway in 1903. Sweetwater became a railroad town, with businesses and homes built along the rail line. Rail passenger service was discontinued in 1969.

Gulf Refinery operated there from 1929 to 1954, and at one time the town was a large telegraph center. The International Harvester Company operated a factory in Sweetwater from 1920 to 1950. Gypsum plants, apparel manufacturers, cement plants, cotton compresses, a cottonseed oil mill, and packing companies were among the nearly 250 businesses operating there from the 1970s. Many still operate today. Sweetwater remains a production hub for cotton, oil, and cattle. The population of Sweetwater has remained steady between 11,000 and 13,000 since 1940.

At Sweetwater during World War II, one class of British RAF pilots was trained before the air field was converted for training American women pilots. The Women Airforce Service Pilots (WASPs) were trained under the direction of the famed aviator Jacqueline Cochran at Sweetwater’s Avenger Field. These WASPs were the first women to fly American military aircraft. The military airstrip closed abruptly at the end of the war, but pilots flying over Sweetwater can still land at Avenger Field – the Sweetwater Airport (SWW). The National WASP WWII Museum is located at Avenger Field. The WASP women were not recognized for having served in the armed forces until 1977, when U.S. Senator Barry M. Goldwater of Arizona and Colonel Bruce Arnold, late son of General Hap Arnold, persisted in obtaining their official recognition as military veterans. In 1970, the field became the site of Texas State Technical College in Sweetwater.